Get fresh music recommendations delivered to your inbox every Friday.
We've updated our Terms of Use. You can review the changes here.

by SHAKE YOUR PEACE! 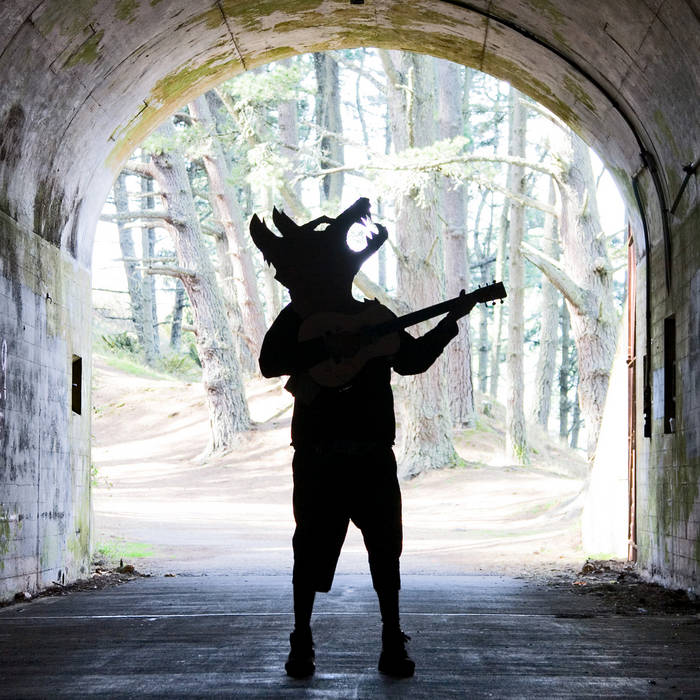 >>> Dedication:
My goal with this album is to contribute whup music to the soundtrack of those who are marching - at home, at work, at school, and in the streets - toward what some of us like to call “ecotopia” - a culture of ecological and social justice.  This album was created with you in mind, and is dedicated to you.

>>> "Whup Music" Thanks:
“Whup Music” was made possible by my Auntie Ina and Uncle Herman Haygood, who demonstrated whup spirit in their lives: overcoming the odds as young, gifted, and black Americans. They embodied hard work, endurance, style, positivity, and generosity. I hope you can feel their love, and their ferocity, resounding in this album.

"Whup Music" was also made possible by the generosity of the 238 backers of the "Whup Music" Kickstarter campaign. Thank you so much for helping this music to be heard! Special shoutout to my friend Kipchoge Spencer who catalyzed the final push over the finish line.

The whup sound was shepherded from a sketchy basement-demo quality (circa 2011) into a working, performance-ready sound, thanks to the creative contributions and hard work of: Justin Ancheta, Miriam Speyer, Patricio Angulo, and Jesse Weber (the core 2011-2014 SHAKE YOUR PEACE! band). Thanks for taking a chance on me and this music, and for your friendship, hours of practice, and artistry. Special thanks to Patricio for his Latin percussion direction and arranging, with the contribution of Jesse, on When You're in Love and Whenever You're Ready. Special thanks to Jesse for hosting our practices. Special thanks to Justin for his dedication and passion for the project (perhaps best illustrated by the time he bought a tres Cubano - an instrument neither of us had ever seen before in-person - and for the sake of the whup experiment taught himself to play it from scratch, eventually creating all of his own original tres arrangements for the songs on this album).
Thank you Justin, Miriam, Patricio, and Jesse for leaving your mark on, and for your stewardship of, this music.

The whup sound was further sculpted and refined by co-producer Blake Henderson. With no other album of whup music to act as our reference (how DOES one successfully mix bluegrass fiddle with a gospel choir when all that marching band percussion is going on!?), and no guarantee that it was bound to work, there were many times I felt like we were carefully tailoring a suit for Bigfoot, hoping that if we got it just right, Bigfoot would just pop up inside the suit and fill it out, instantly justifying all the hours spent poking around in the woods looking for signs of the beast. I appreciate that 7 years later, with nothing to keep our hopes alive except a conspiracy theory that whup could exist (thanks to all you fellow believers), we now find ourselves sitting next to a hairy, well-dressed, ape-like creature.

>>> Personal Thank You's:
Since the release of the last album THIRTEEN YEARS AGO, innumerable people have contributed their support to SHAKE YOUR PEACE! and helped to keep me rolling on. I apologize to the reader for the length of these thank-you's, but that's a long time to receive help from people, and SYP! is a project that's always asked for a lot of it. Most particularly I’d like to thank: Mom & Dad, Sonya, Silver and Sapphire, and PAKS. I'd also like to thank: the Johal Family, the Dominguez Family, housemates of Conrad Beach and 61 Fair (thank you Eric Bayer R.I.P.), and the friends and music community of The San Francisco Bay Area (particularly Manicato, LoCura and Rupa & the April Fishes). Thank you KR and ILOP for hosting me when I was between squats. Israel Matos and The Pink Palace for letting me pitch my tent up on the roof, and steeping me in Manicato's sounds of Puerto Rican plena and Latin rock. Reverend Gary Davis, Obo Martin, Michael Musika, Aaron Fast, Michael Zeligs, Jesse Weber, and Dad for songwriting contributions and inspirations. All the musicians who’ve played multiple shows with me since the last album: Justin Ancheta, Miriam Speyer, Patricio Angulo, Jesse Weber, CelloJoe, Alex Scammon, Devon White, Chris Jacoby, Sonya Cotton, Ben Abbott, Sean Jones, Scott Fetzer, Dad, Mario Silva, Danny Cao, Ezra Lipp, Paul Martin, Sergio Duran, Kim Agnew, Andrew Maguire, Blake, Marlon Aldana, and the badass fiddlers: Alisa Rose, Leif Karlstrom, Annie Staninec, and Anton Patzner. Everyone who hosted, helped to book, or promoted SYP! on a bike or walking tour anytime from 2006-2013 - thank you for your hospitality! Bands who’ve ridden shoulder to shoulder on bicycle music tours: Kipchoge & the Ginger Ninjas, Ashley Sanders & Utahpia 2009, Rupa & the April Fishes + Scott McDowell. Musicians who walked shoulder to shoulder on multiple walking music tours: Sonya Cotton, CelloJoe, Obo Martin, and Heather Normandale, to name a few. Paul Freedman and the community of friends and bands who co-created the San Francisco Bicycle Music Festival with us year after year. For logistical and material support: Rock the Bike, Xtracycle, Golden Gate CoHousing, PLACE for Sustainable Living, my family, and Aaron Wieler for welding a fleet of custom bike trailers and hitches for us. Past music teachers: especially David Pleasant (NYC) who graciously shared his Gullah/ Geechee percussive tradition with me, and the Orem Public Library and their extensive CD bins. Past bands/ collaborators, especially: Ben Hale and Neverband, Thumpus, and Nora Brereton. Thinkers who continue to help me navigate the garbage-strewn borders between society and wilderness, especially: Mount Timpanogos, Edward Abbey, Derrick Jensen, Pete Seeger, and The San Francisco Diggers. All the “beat-up dreamers, justice fighters, penniless oatmeal eaters, students turned farmers, renters turned squatters, bed frame breakers, river rock layer-on’ers,” who don’t give in and get normal, who’ve helped me to not feel alone on my journey. All the creatures running around with no clothes on, no money, no vote, no flag, no borders, no military, who breathe free air, who drink free water, who live and love at the hands of the gods, who don't need human permission, and who always seem to get picked on by bullies with guns, cars, chemicals, God, and laws; I'm sorry that we've forced you to be the unwitting designated driver to our cultural shit show. If civilization ever makes it home alive, it'll only be because you got us there. To all the people who’ve come to the shows, who brought a friend, who pedaled the sound system, who donated for or bought some merch, who brought the firewood, who schlepped the PA across the hillside on their back, who rode their bike or walked alongside us on tour, who put on a show in the backyard, who’ve wound their life story or some memories up with this music…this album’s for you. <3

Bandcamp Daily  your guide to the world of Bandcamp

Frayle's Gwyn Strang and Sean Bilovecky join the show to talk about their cathartic new album.